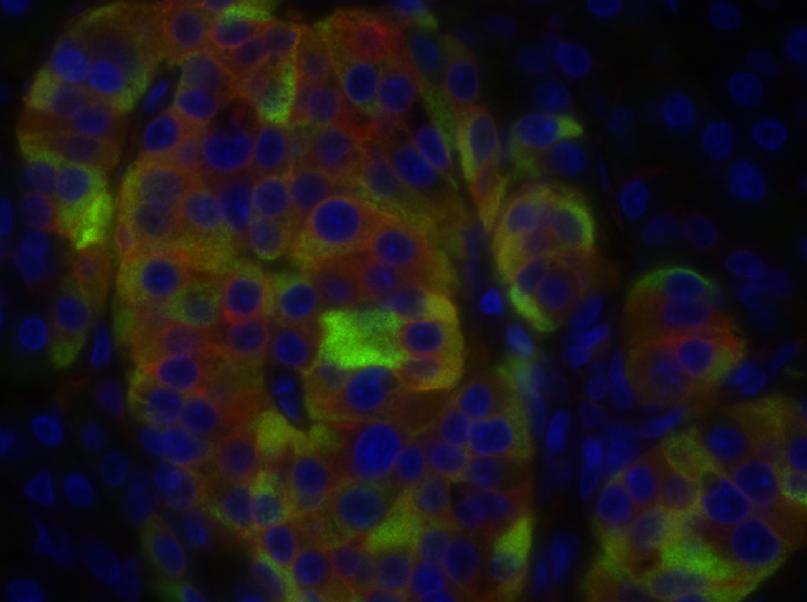 HealthBid’s Innovation of the Week #2

14th November marked World Diabetes Day, and what would have been the 125th birthday of Sir Frederick Banting, who pioneered insulin treatment for diabetics. With over 4 million people in the UK diagnosed with the disease, and the illness projected to be the 7th most significant cause of death by 2030, innovations in its treatment are undeniably paramount. We’ve compiled a list of the newest introductions in healthcare to examine scientific progress.

The disease can be categorised into Type 1 and Type 2 – though both refer to the body’s inability to produce insulin and regulate blood sugar levels.

Specifically, Type 1 is when the body’s own immune system attacks the insulin producing organ – the pancreas – leaving it unable to produce the hormone independently. Type 2 refers to the body’s inability to respond to insulin. This post will specifically focus on Type 1 Diabetes, which unlike Type 2, cannot go into remission, and has received recent press due to the fact that the recently appointed British Prime Minister, Theresa May, is the first world leader to live with the disease. It is estimated there are around 35,000 under 19s living with the disease also.

Regular insulin injections can correct overly high blood sugar levels (hyperglycaemia), though low blood sugar (hypoglycaemia) can also occur if not enough sugar is ingested, or too much insulin is injected. Therefore, diabetics ensure they have high-sugar content foods to hand to combat this or in some cases, take glucagon injections to restore their insulin injections to a safe level. In addition, other symptoms result from a Type 1 diabetic’s compromised immune system – meaning increased susceptibility to everyday illnesses, including colds.

Insulin pump – instead of regular insulin injections, an insulin pump is connected directly to the body, with the needle sitting just under the skin – most users choose the stomach – and reacting to changes in blood sugar levels and adapting insulin levels accordingly.

Insulin pens which record the time of injection – though this may sound a simplistic innovation, it’s invaluable to diabetics who so regularly inject that it becomes second nature and difficult to recall whether they have taken their medication or not. Documentation of the injection guarantees that diabetics do not repeat doses and become low in their blood sugar levels.

Blood testing kits – unbelievably, initially diabetics could only test their blood sugar levels via urine sample, making it a messy and time-consuming process. With the introduction of blood testing kits, diabetics were able to simply prick their finger in a relatively painless process, with the results also being calculated more accurately.

2014 saw a huge step in the move towards finding a cure for Type 1 Diabetes as a Harvard team ‘corrected’ the 150 million missing beta cells evident in Type 1 diabetics using stem cell technology. Thus, cells were able to produce insulin independently – without the need for insulin supplementation. This is a tremendously costly innovation however, and is unlikely to result in immediate breakthroughs as the immune system will remain hostile to such implants and attack the replacement cells.

With knowledge of the disease growing due to May’s premiership, and the increasing prevalence of both Type 1 and Type 2, there is increasing impetus for scientists to build on existing knowledge and find a cure. Judging by last year’s study, America is most likely to produce this development.  It must also be acknowledged that the limits placed on diabetics are being lifted – for example, 2012 saw the UK permit diabetics to get their pilot licenses, and so equality of opportunity is now becoming a reality.