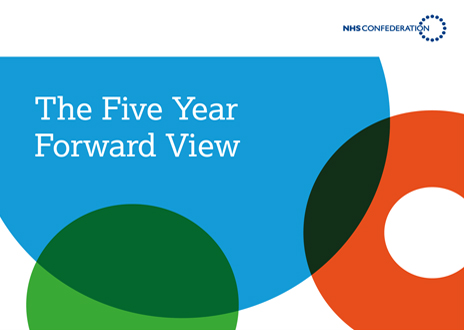 Innovation: what does it mean for the NHS and Service Users?

Since Aneurin Bevan’s pioneering efforts in establishing the NHS’ in 1948, it has evolved immeasurably to meet the needs of a changing population. To name but a few modern developments now characterising British healthcare; obesity and drinking related health issues are on the rise and people are living much longer than their forebears. The Five Year Forward View is an incredibly significant document, remarking on such trends in British healthcare and the progress that still needs to be made to ensure that this uniquely British institution endures. As an organisation, HealthBid is passionate about the NHS and its future, and in writing bids, always seeks to engage with the innovative themes presented in this document. In this series, we’ll be outlining a few of these proposed changes and what they mean for the Public.

As is well-documented, the NHS is struggling to cope with the pressure presented by an exponentially increasing population. The Five Year Forward View was first published in 2013, and this has been followed by the most recent edition, released in October 2014. The publication assesses the current conundrums facing the Health Service, as well as forthcoming patterns in health problems, so that adaptations can be made accordingly.

What does this mean?

Although the project is still in its early days, there have been several transformations in the NHS due to its proposals, including;

– More responsibility allocated to GPs, with promotion of their training and retention. The GP Forward View highlights this ambition, and there are now 211 CCGs across England, with the power of 60% of the total NHS budget to commission services for 53 million people. Services are increasingly being encouraged to move out of acute care settings i.e. hospitals, to primary care settings, characterised by GP surgeries.

– Technological innovation –the report believes that the NHS’ online amenities are important to reduce the stress placed on more formal NHS settings.

– Sustainable transformation – to ensure the NHS’ longevity for future generations, a focus on prevention must be favoured. This includes campaigns to help people give up smoking, get moving more, and overall, lead healthier lifestyles to stop resultant illnesses including Type 2 Diabetes.

How should providers react?

The recognition of the FYFW is evident in the tender documentation that HealthBid sees on a day to day basis. Any provider who wishes to work within the NHS needs to heed these proposed transformations in order to be successful in winning public health work. We’ll be taking one such adaptation a week and focussing on its significance in depth – starting with the GP Forward View.

HealthBid’s expert knowledge of the NHS can help you win work in the public health sector – if you need assistance with any part of the bidding process, get in touch with our Managing Director, Tom Sheppard, at tom.sheppard@healthbid.co.uk