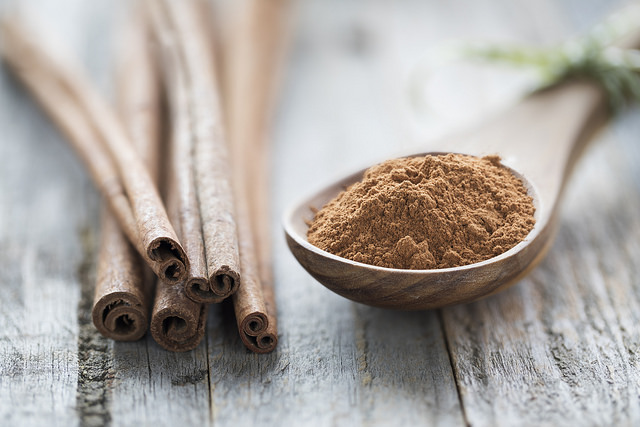 Festive Aromas: Cinnamon and its Importance to Health

Christmas is just around the corner and festive Spotify playlists are in full swing throughout the UK’s offices and shops. Besides the sounds of Christmas, however, many shops are also choosing to scent the air of their aisles with Christmas aromas to encourage shopper spending. In this blog post, HealthBid will consider the significance of a typical festive aroma; cinnamon, to health. In the light of Pret a Manger’s introduction of the Turmeric Latté, it seems spices really are big business in the UK.

Whilst many of us are familiar with this spice in the Western World, its origin can actually be traced back to the inner bark of a large tree thousands of miles away. The Portugese first discovered the spice in Ceylon – now Sri Lanka – in the early 1500s.  There are two dominant types of the spice: Ceylon and Cassia Cinnamon, with the majority of the former found in Sri Lanka and most of the latter found in Indonesia. The health benefits associated with the spice come from the essential oil present in its bark – known as ‘cinnamaldehyde’.

The smell of cinnamon is incredibly evocative – indeed, neuroscientists have proven through the use of fMRI scanners that the scent, above all others, causes individuals’ brains to light up and encourage festive sentiments. In fact, it is a proven seasonal marketing technique for this exact reason.

Cinnamon is an ingredient within Pret’s popular Turmeric Latté, with nutritionists claiming that it is linked to both reduced blood pressure and effective management of blood sugar for those with Type 2 Diabetes.  In addition, the spice’s carminative effect helps relieve gastrointestinal problems, with fans opting to make tea with ground cinnamon and hot water to help combat such digestive symptoms. The essential oil also has antiviral, antibacterial and antifungal properties.

Despite this, it is important to recognise that too much cinnamon can also have an adverse effect on health. In fact, cassia cinnamon contains coumarin – an organic chemical compound which in large quantities can negatively impact on your liver. Ceylon cinnamon is therefore a safer bet, though less commonly found in typical supermarkets.

Supplementing your Diet with Cinnamon

With the RDA for cinnamon around 1.5-6 grams of cinnamon per day, there are many options by which you can incorporate the spice in your diet – including via coffee, curries and puddings. Alternatively, simply swirl a sprinkle of cinnamon, one sprinkle of mixed spice and one sprinkle of nutmeg into a mug of warm milk for a soothing, caffeine-free drink.