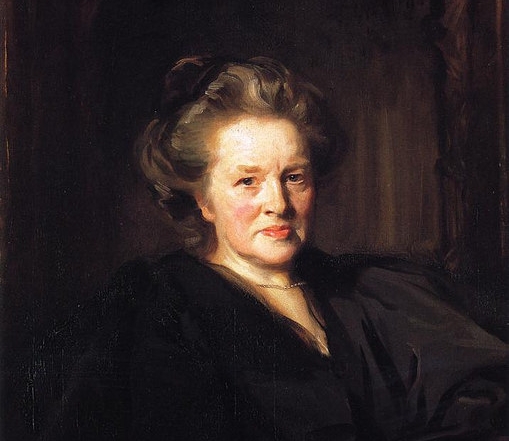 With today being International Women’s Day and a large proportion of the HealthBid Office made up of women, we’ve written a post on the incredible contribution that women have made over the course of the last two centuries to UK healthcare. From Elizabeth Garrett Anderson to Ruby Wax, we’ll be discussing the importance of these individuals’ in informing debates on both physical and mental health.

Known as the UK’s first female doctor, EGA strived to become a physician despite being turned down by two hospitals to complete her medical training. Recognising that she could instead train as an apothecary, she set up her first practice in 1865; later going to Paris and qualifying as a doctor in 1870. As well as supporting her sister – Millicent Fawcett – in her leadership of the suffragette movement, EGA encouraged her own daughters to lead professional lives and in part inspired the establishment of the NHS Leadership Programme.

Author of ‘Married Love’, Marie Stopes pioneered the first forms of contraception for women and her significance is proven by the numerous extant Marie Stopes Clinics throughout the UK.

A leading psychiatrist, Dr Boyle made it her life’s work to improve provision for those in the early stages of mental health problems. She founded the Lady Chichester Hospital for the Treatment of Early Mental Disorders in 1905 until the NHS took the site over in 1948. The Hospital was ground-breaking in its defining principles, that there ‘should be provision for the treatment of women by women’.

Known as the founder of the modern hospice movement, Dame Saunders initially trained as a nurse and later as a doctor, and first coined the term ‘total pain’ to refer to physical, mental and spiritual distress. She founded the first ever hospice in Sydenham, Kent and made an invaluable contribution to the concept of pain management.

A Labour MP, Castle spearheaded the 1970s campaign to abolish private provision in the NHS, which allowed those who could afford to do so to ‘skip the queue’ for healthcare provision.

Highlighting mental health inequality and vice-chair of the Mental Health Taskforce, Dyer contributed to the Five Year Forward View for Mental Health. As a member of the advisory panel for the Mental Health Act, Dyer will help investigate exactly why a disproportionately large proportion of BME persons are detained under the Act.

Baroness Greenfield is a prominent neuroscientist and former Director of the Royal Institution of Great Britain – a laboratory dedicated to scientific research. As a Senior Research Fellow at Oxford University, she leads a team exploring Alzheimer’s and Parkinson’s disease. She is a leading proponent of the view that technological development is directly changing people’s minds.

Professor of Medicine and Education at Barts and The London School of Medicine and Dentistry, Queen Mary University of London, Dame Kumar is a leading light in the education of medical students, refugee doctors and doctors at various stages of their career.

Davies advises the government on medical matters and regularly speaks on a global basis on issues surrounding Anti-Microbial Resistance (AMR). Her 2013 book, ‘The Drugs Don’t Work: A Global Threat’ highlighted the incredible risk posed by the overuse of antibiotics and their resultant decreasing effectiveness.

Initially known as a TV presenter and entertainer, Wax later gained a Master’s degree in cognitive behavioural therapy and mindfulness from Oxford and has written several books on the subject of mental health. She has inspired the establishment of ‘Frazzled Cafés’ in collaboration with Marks and Spencer UK-wide, which offer attendees the opportunity to discuss their anxieties in a safe and worry-free space.