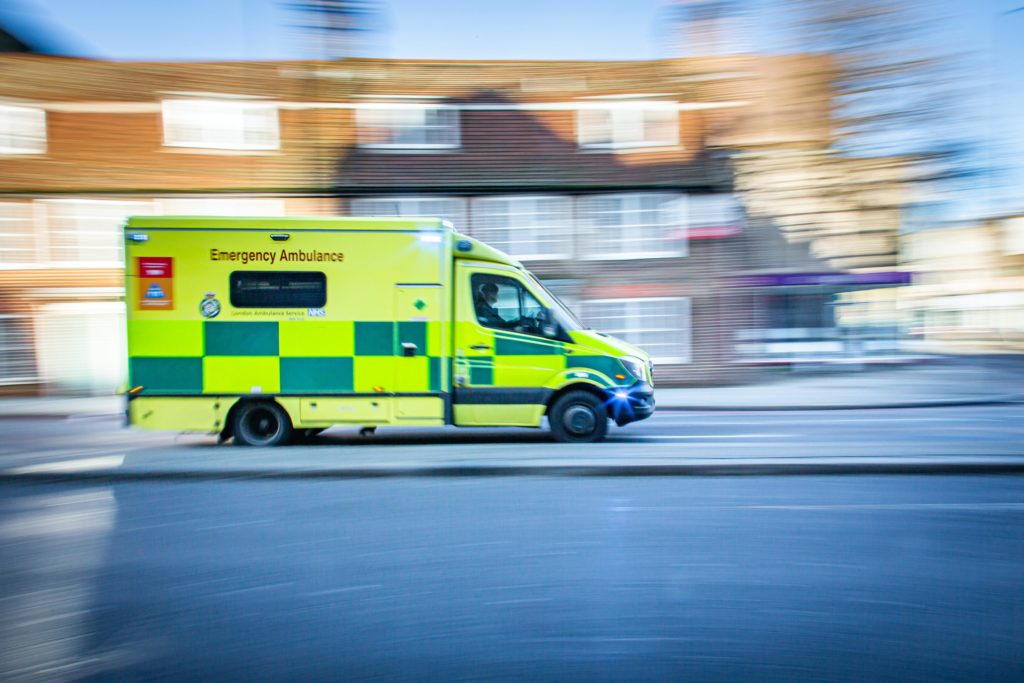 Over the course of the last decade, a significant number of tender documents and specifications explicitly mention proportionate universalism as a key component in the delivery of healthcare services.

The term was coined in the 2010 Marmot Review – a culmination of two years’ worth of consultations with over 80 public health experts, local stakeholders, and academics. Led by Professor Michael Marmot, the aim of the Review was to understand what measures the government and wider society could undertake to reduce health inequalities.

Since then, the notion of proportionate universalism has become prevalent across multiple localities in the UK. Numerous cities including Coventry, Greater Manchester, Bristol, and Newcastle are working to develop a ‘Marmot approach’, integrating recommendations from the Review to better public health outcomes.

So what is proportionate universalism?

Proportionate universalism is an overarching guiding principle to address health inequalities. These are the variations in people’s health due to the quality of care, access to care, and the opportunities to lead healthy lives.

These inequalities tend to exist between:

Health inequalities have pervaded the healthcare system length and breadth of the UK since its inception. One study published last year demonstrated how ethnicity played a huge role in determining how young people in South East London received mental health care between 2008-2016. Black African and Black Caribbean were more likely to access mental health services through the criminal justice system and less often through their GP than their white counterparts. Another report demonstrated how Gypsy and Traveller communities had a life expectancy twenty years lower than the general population.

The pandemic has further exacerbated these health inequalities. Latest research by the King’s Fund showed that the 2020 mortality rates were three times higher in the most deprived areas than the least deprived. Mortality rates during the first wave were also higher among Black groups whilst the second wave disproportionately affected Pakistani and Bangladeshi communities.

These are only a small handful of examples of the unfair and unacceptable barriers that prevent people living healthy, independent lives across the UK that need to be mitigated.

The Marmot Review rejected the idea that healthcare resource allocation within healthcare should solely focus on the most disadvantaged populations. Instead, healthcare providers should recognise that health follows a social gradient where everyone underneath the top has a greater risk of poorer health.

Consequently, to reduce the gradient in health then the actions must be universal but adjusted to a scale and intensity according to need, represented by the chart below: 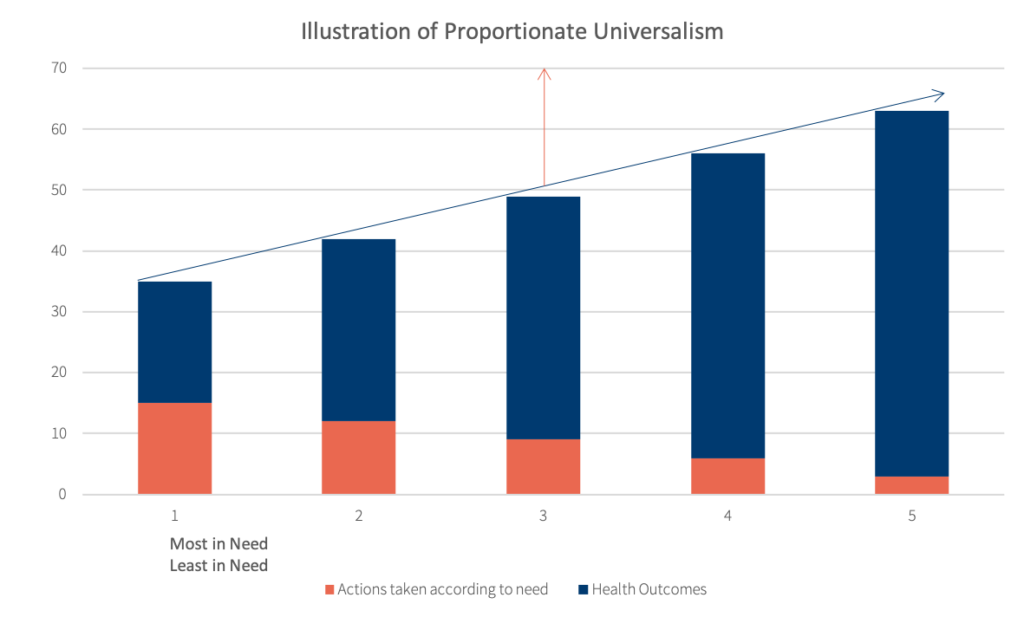 How is proportionate universalism relevant to bidding?

In 2020, Professor Marmot published an updated report called the Marmot Review 10 Years On. The publication showed that inequalities have worsened in the areas with higher levels of deprivation, improvements in life expectancy had stalled, and the health gap between the rich and poor had increased.

As the government plans to build back better in the wake of the coronavirus pandemic, proportionate universalism will no doubt take on greater salience in the procurement of public health services on a local level.

Embedding proportionate universalism into service delivery is critical to reducing variation in provision and tackling health inequalities. Bid responses must demonstrate how organisations have maintained a universalist approach but have been scaled according to need.

Having delivered numerous bids that place proportionate universalism front and centre within service models, HealthBid are tender professionals who consistently produce compelling bid responses underpinned by an understanding of how the concept benefits service users, staff, and the Commissioner.

To find out more about our services and how we can help you write winning tenders, contact info@healthbid.co.uk or call us on 0113 479 0803.